Greetings on behalf of Dr. Ramesh Richard. Thank you for your continued prayers for Dr. Richard and RREACH. Since returning from India, Dr. Richard has had a busy schedule with domestic trips that have allowed him to minister to teenagers, seniors and ages in between. Please join us in praising God for Dr. Richard’s personal proclamation ministry.

In mid-March Dr. Richard was a keynote speaker for Grace Church’s Ignite Conference in Des Moines, Iowa. He also did breakout sessions with 500 youth and 200-plus volunteers. After seeing some of the students’ seriousness about their personal faith in the Lord Jesus, Dr. Richard was encouraged about America’s future. 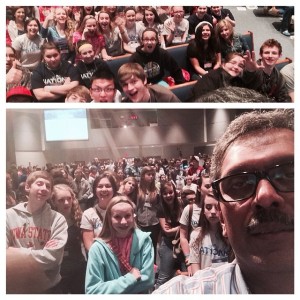 At the Ignite Conference

While there, he spoke at Grace Church’s two Sunday services, spoke at an evangelistic event, and also was able to spend time with long-time friends in the area.

Soon after returning from Iowa, Dr. Richard took another trip to Kerrville, where he taught his “Root to Fruit” study to around 30 people in their 70s and 80s. He found this group eager to know God’s future plans for their lives and said he wants to be like them! 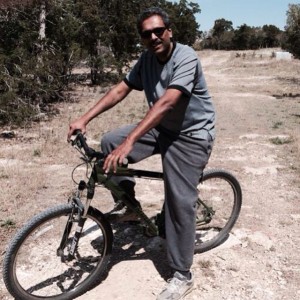 While in Texas’ Hill Country, Dr. Richard and his wife, Bonnie, took some time for a biking adventure. His first time on a bike in 21 years!

Finally, thank you for continuing to pray for the upcoming Dallas GPA. We are praising God as just today we learned that Pastor K from Bhutan received his visa! This will be the first time Bhutan has been represented at a Dallas GPA. Pastor A from Nepal also received his visa and we accepted a pastor from Pakistan who already has a U.S. visa, bringing us to 23* pastors with visas!

Please continue to pray for pastors from Cameroon and Gambia whose visa applications were rejected and who plan to reapply. Also, pray that candidates from northern India and Nigeria are able to schedule appointments next week.