Thank you for your continued prayer for Dr. Richard and RREACH. Dr. Richard currently is ministering in Lebanon, and has a few additional stops to make while he is in the region. Please join us in praising God for a wonderful reunion Dr. Richard already has had with three past Dallas GPA graduates. 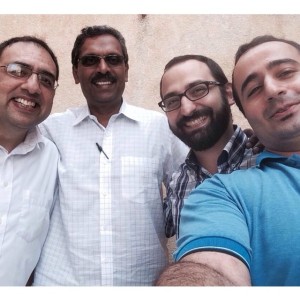 And please join us in praying for the following:

* That God would use Dr. Richard’s words to encourage and transform individuals attending a workshop on Spiritual Pitfalls he is presenting in Beirut.

* For meetings with pastoral trainers from around the region—that Dr. Richard would clearly communicate the vision, mission and outcomes of the 2016 Global Proclamation Congress for Pastoral Trainers, and that those hearing about it would desire not only to attend, but also to encourage other pastoral trainers in their spheres of influence to attend.

* For God to use Dr. Richard’s preaching during an upcoming Sunday morning church service.

* For God to protect Dr. Richard during his time traveling in the Middle East.